← more from
SUNSEASKY
Get fresh music recommendations delivered to your inbox every Friday.
We've updated our Terms of Use. You can review the changes here. 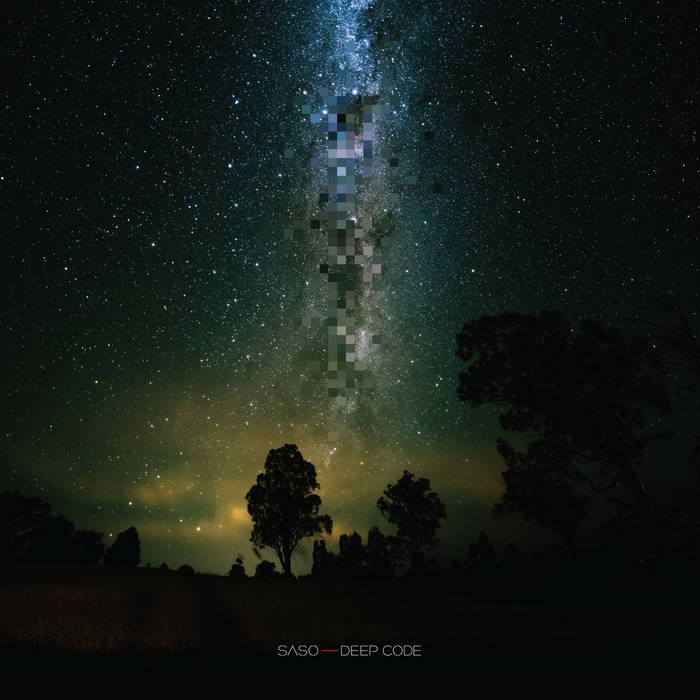 ‘Deep Code’ is the 7th studio album from acclaimed artists Saso which is to be released by Sun Sea Sky Productions on 12” vinyl in Mar 2021.

Saso were formed in Dublin, Ireland in 2000 by Jim Lawler (compose /multi instrumentalist) and Ben Rawlins (producer/recording engineer) who share a unique artistic relationship as a composer and producer partnership.

The inspiration for ‘Deep Code’ comes from Ben’s desire to revisit a soundscape from his formative years as a young musician and avid film fan.

“I was inspired by movies and tv shows from the late 70s and early 80’s with the music of John Carpenter a major influence. Those films helped me learn about music. Dark, brooding, synth laden themes. They weren’t orchestral. They were minimalist and evocative” (Ben)

Ben came up with the concept and Jim picked up on this direction and sought to investigate this soundworld.

“I didn’t know where I was but somehow picked up on the sonic themes. I felt drawn to the unknown and wanted to let go of preconceived beliefs and seek purity of expression. This became a theme. Being lost. Being curious. Letting go of how I normally compose music. Trying to get into flow state” (Jim)

Saso committed to the performance aspect of just playing and recording live. No click tracks were used. There were no restrictions on how songs should be structured. The tools were vintage synthesizers and an analog valve desk which were of that time. Nothing was locked to a grid. Most of the compositions were improvised.

The result is an evocative and atmospheric work, which is expansive in nature. Layering a hybrid of textural synthesis and organic composition, Saso takes the listener on a cosmic journey to an unseen world.

SASO formed in Dublin, Ireland in 2000 by Jim Lawler (composer / multi instrumentalist) and Ben Rawlins (producer / recording engineer) who share a unique artistic relationship as a writer and producer partnership.

Their music has soft tones, dark electronics and an unrushed pace which offer a slow-motion perspective on fast-forward culture. ... more

Bandcamp Daily  your guide to the world of Bandcamp

The Hammer and The Relentless from the Boston band Malleus stop by for a chat.